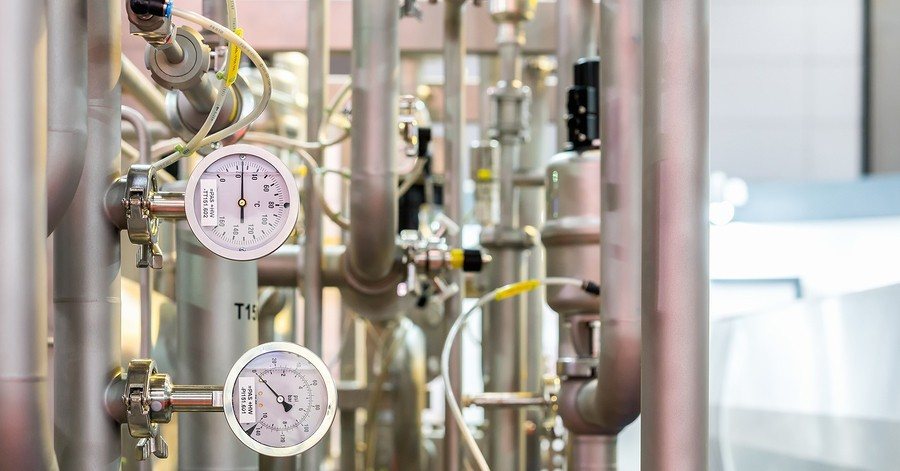 Non-condensing boilers are designed to move air from the room through an intake to provide combustion and create steam or heat water that is used throughout the facility. Traditionally, all exhaust gases manufactured through the process of combustion will escape through the flue stack. There are multiple types of non-condensing boiler designs for different commercial applications:

Condensing boilers have been recently introduced as a more thermally-efficient solution. The most basic condensing boiler design is completely sealed when the air is pulled through the flue from the exterior. The flue gases created are not vented out. Instead, these gases condense and change on the surface of the heat exchanger, and the heat of the condensate is used and recovered. Any remaining condensate liquid is then sent through a waste pipe to be drained.

What’s the Difference between Condensing vs Non-Condensing Boilers?

The Weil-McLain SlimFit condensing boiler boasts being the easiest and fastest heating solution for industrial and commercial retrofits that have limited access or space. The SlimFit is offered in two separate model groups:

The SlimFit has a short width of a mere 18 inches and weighs less than 550 pounds, which makes it ideal for small elevators, difficult access to mechanical room, and narrow hallways. In addition, this boiler boasts easy on-site installation and startup.

It comes completely tested, wired, factory assembled and programmed. However, one of the most notable attributes of the SlimFit is its exceptional efficiency of over 94%. As a greener solution, the SlimFit uses less fuel, which can help lower operating costs.

Depending on the unit, the SlimFit comes with either a 3.5-inch or 7-inch color-coded, intuitive LCD display. At the same time, it offers a full range of attributes, such as:

The Weil-McLain 94 is an ultra-reliable, heavy-duty, traditional cast-iron boiler engineered for offices, schools, apartments, and other types of institutional and commercial facilities.  This boiler is available for steam or hot water in a total of 18 sizes ranging from 1,763.5 MBH up to 6,060.9 MBH. The 94 is offered with three different burners:

You can also opt for the boiler only setup for use with heavy oil burners that are approved by Weil-McLain. In addition to flexibility in fuel, the 94 offers complete installation flexibility. You can choose it as a factory fire-tested and completely-assembled package boiler, with factory-assembled sections, or in individual sections. The 94 features a forced-draft firing rate at more than 80% operating efficiency and is  enhanced by excellent construction features and design features, like:

We offer decades of experience helping business owners across all industries make informed and educated decisions on boiler room equipment. As the authorized manufacturer’s representatives for the leading producers in the world, our team will meet your needs and exceed your expectations.