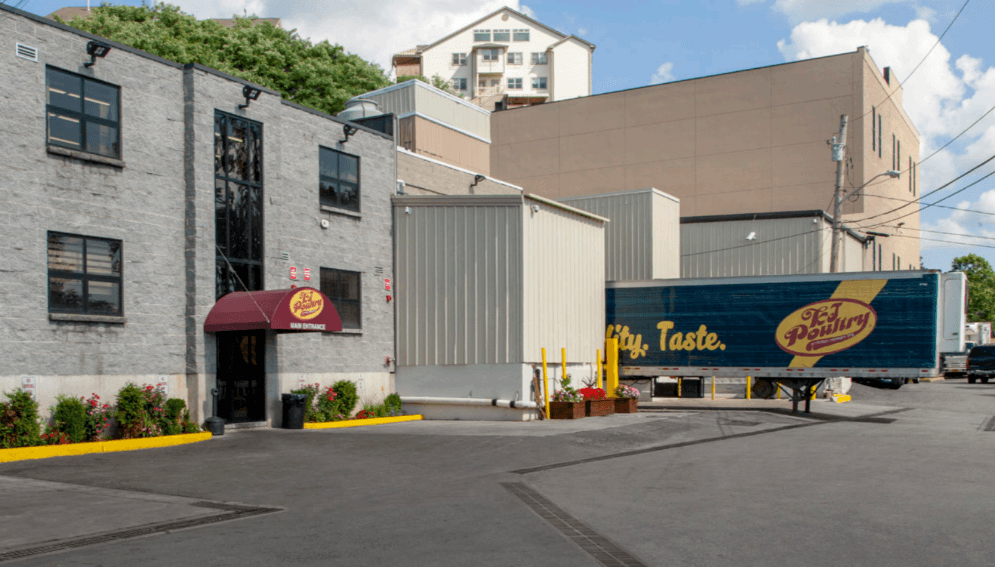 Conveniently situated adjacent to the picturesque Harriman State Park in the Hudson Valley Region of New York State is the town of Monroe — home to KJ Poultry, the largest kosher poultry plant on the eastern seaboard. KJ Poultry employs more than 250 dedicated workers who are all focused on delivering the highest quality, all-natural poultry products. In fall of 2016, KJ Poultry added a deli plant that offered ready-to-eat meat products, including frankfurters.

KJ Poultry turned to ATI of New York for assistance selecting the most suitable equipment. After meeting with the team at KJ Poultry — including Plant Manager, Meni Bruk — the sales team at ATI of New York determined the clean steam delivered by the Fulton 30-HP Classic steam boiler would meet their current and future needs. Let's take a closer look at some of the key factors that went into suggesting the Fulton 30-HP Classic steam boiler for KJ Poultry.

Similar to so many other facilities, space was at a premium for KJ Poultry. In particular, the manufacturer needed a boiler that offered a space-saving, vertical design instead of a horizontally oriented boiler. However, the issue wasn't about the space where the boiler was to be installed.

Instead, it was about finding a boiler narrow enough to fit through the hallways and onto the elevator to get to the second floor. Motty Walter, plumbing and installation engineer and manager at Garfield Plumbing explains "The decision was between Fulton and a competitor of theirs, but Fulton easily won out due to the space savings it afforded by being vertical rather than the competitor's, which was horizontal."

In addition to the size and vertical orientation of the boiler, ATI suggested the Fulton Classic because it was a single boiler that could meet a variety of needs: cooking, casing removal, and shrink wrapping. 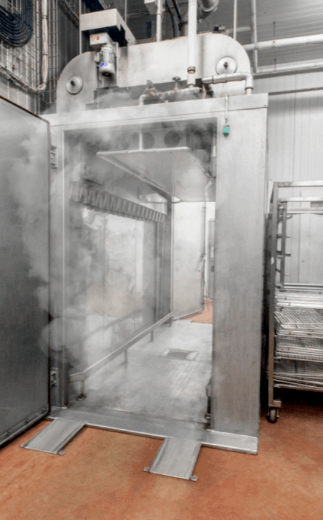 One of the most core requirements was the ability to cook — whereby steam is added to ovens to cook chickens, hot dogs, salami, baloney and all other deli meat items. Meni Bruk, KJ Poultry Plant Manager explains, "Many  other steam-to-food operations work through heat extensions and the like, where steam never really touches the product; but in our operation, the live steam touches the finished product, so it needs to be pure."

The second need for steam was for casing removal. To remove the casing, steam is injected into a peeler machine to soften and thereby remove the casings that give hot dogs their cylindrical shape. This results in the popular "skinless" variety. 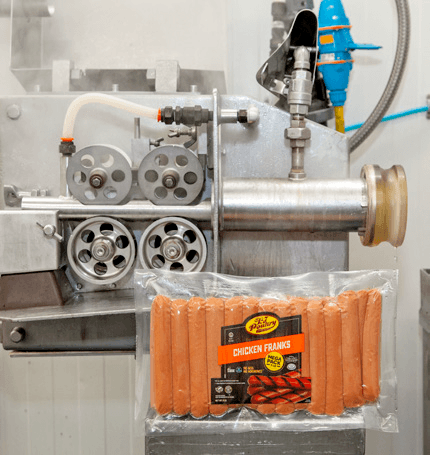 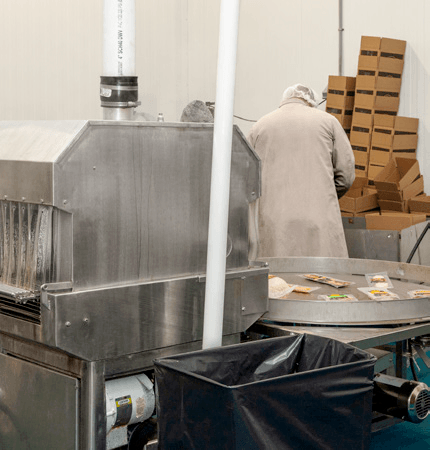 Regardless of application, the steam should be as clean as possible. Otherwise, it can affect the quality of the finished product. KJ personnel continuously test their food for bacteria and other contaminants to make sure this purity is maintained.

Plant Manager Meni Bruk explains, "We bought a Fulton because we wanted the best." He continues, "Having a consistent and dependable heat source is critical to what we do; otherwise, the deli plant is shut down, plain and simple, I’d have nothing to cook or pack."

Regardless of your industry, ATI of New York will help you find the best boiler solution. We offer decades of experience helping businesses across an array of industries. We'll carefully listen to your needs and guide you to the best boiler based on your current and future business goals.